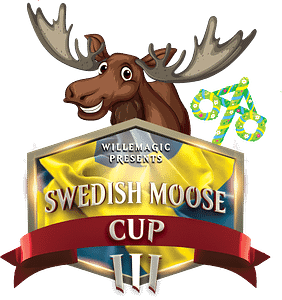 The time has come yet again to let the Moose loose (!) and show the MTG community who the best Moose-player is! Since the rule-set of Moose Cup II turned out to be a real success, we will once again have a fixed set of banned cards, that the players decide upon!

*Special banlist-rules
Each player gets one ban-slot, eg. you as a player decide on one (1) card that you want to ban from the tournament (goes for any card except basic lands) If someone else has already chosen that card, you choose another one. This goes on until all players have effectively chosen one card each. Once that’s done; all players will receive the complete ban-list, and you can start to build your deck! Players could however not choose any of the cards that where banned last time 😉

After a lot of thinking, the banned cards for the tournament turned out as follows:

May the Moose be with you!