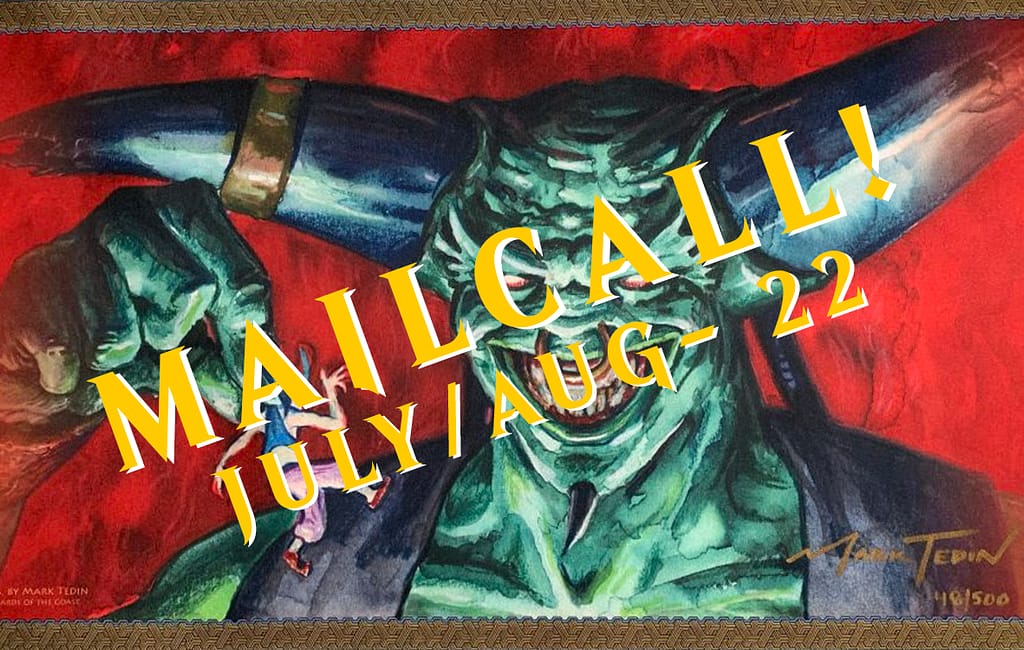 Waaaaaarm! We’ve reached that part of the pre-summer where it’s the absolute worst from a climate perspective. Moist, warm, no wind…and not even vacation! Gladly you can focus on MTG to keep the head cool, and even though it was not the biggest haul of the year, some sweet cards made it to the front door!

#1 – Altered Chaos Orb!
My first “live altered card” came from none other than Mark Tedin whom I met at Tier1Con in Malmö in July. Fantastic guy and great fun alter that we both laughed at. Sadly did not have time to more alters this time, but next time I’ll be sure to have enough time for a few more!

#2 – Arabian Nights Mountain
Got this little guy in a trade I did down at Tier1Con. Already own enough basic mountains, but this felt like a little bit extra something. So it went straight into the binder!

#3 – Pendelhaven Pumpkin
Saw this online and had to have it, hehe. Not only because Pendelhaven is an awesome card, but also because I actually have a pumpin Pendelhaven already, and now I have two!

#4 – Tetravus
Started playing a bit more with artifact creatures lately, and it really bugs me when someone get’s a Tetravus on the table an summons the small flyers. But now I can do it as well so bring it!

#5 – 2x Kings!
The “kill Efreet/Juzam-king” has proven itself quite handy in a few decks over the years, but limited to one has been a hassle. Now two brothers joined the army, so maybe they’ll see play in the next WW-deck?

#6 – Whirling Dervish
To find this card singed is annoyingly hard, so once they pop up you gotta strike! Won this at an auction and now I only need two more to complete the playset!

#7 – Juzam Djinn playmat!
Took quite a while before this landed at my door, but it’s so cool! Limited Edition playmat from Tedin and his iconic Juzam Djinn. Do now own any real Djinns though haha, but this is almost better than the real card 😉